The Senior Citizens are off again

This time a group of 47 people are heading to Waterford, Ireland on the 7th September 2012. Watch this space for photos and to see what they got up to.

After arriving back from the trip to Donegal we were straight back in to the centre’s activities hosting a Fun day for our Senior Citizen Lunch club welcoming other groups to come and join the fun.

Thanks to NHS funding we were able to offer people a healthy lunch leading on to fun and games including activities to take part in outside and inside the centre. One of the most popular activities was Armchair aerobics which the lovely Emerald Centre’s own Sports Development Officer Kym Colman led.

Leading on from this Kym is now running an Armchair aerobics session every Wednesday 12 noon and the numbers are increasing every week.

We like to think of the Emerald Centre as being at the heart of the local Leicester community.

The Emerald Centre is said, by some, to be the local hub of the Irish social scene. Tony Cusack, the centre manager has been involved in the facility since it’s conception. Tony, along with his dedicated team, are deeply connected to the local community, and use the Emerald Centre as vehicle to solidify this bond. Spend just a few minutes in their company to see they live and breath this place.

The centre is used by many community groups, some of which are on this site. Groups range from the Naomh Padraig Gaelic football to the Irish Senior Citizens.
Each and everyone of these groups are what have made the Emerald Centre

the positive community beacon it is today.

The Emerald Centre is also the organisational home of ‘The Leicester St Patricks Day Parade’. The parade is going from strength to strength as each year passes and it’s largely due to the efforts of all at the centre staff. This years parade was a great success, apparently next years is going to be even better. 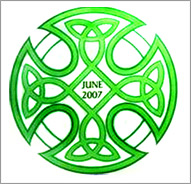 Training throughout the year

1st Monday of every month

open to anyone over the age of 50